Daniel M. Mahon is our founding director and shareholder and his initial investment helped establish Equfund and attract further investments from like-minded individuals who were motivated by social need rather than financial gain. 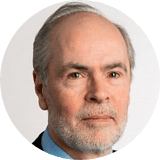 We felt compelled to act on homelessness because of the growing failure within the housing market to supply affordable, decent homes for people with insufficient financial resources to meet rental obligations. We decided our society would centre our activities on the provision of housing.

In 2005, we purchased our first residential properties on Merseyside. Over the next ten years we refurbished £10 million worth of long-term empty properties and brought them back into habitable use.

We have a proven track record of helping the UK’s homeless get back on their feet. Since 2002, we have found homes for thousands of people through investments of over £32 million. 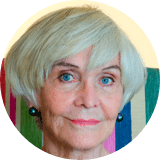 This is an imaginative and successful scheme to alleviate the housing crisis. I was very impressed with the standard of work in these attractive homes.

Sheila Hancock, CBE is one of Britain’s best loved actors and authors, earning herself a Tony Award nomination and a Laurence Olivier Award for Best Performance in a Supporting Role in a Musical for her role in Cabaret in 2007. She was appointed an OBE in 1974 and a CBE in the 2011 New Year Honours. She has supported the Equfund Loanstock initiative since 2013.

Equfund is for the community

For the relief of poverty through funding home ownership, affordable housing and social enterprise, the prevention of homelessness, and education, particularly concerning the role of financial services for the benefit of communities.

Our main focus was previously on buying and refurbishing long-term empty properties in Merseyside to provide affordable rental accommodation. However, the Sanctuary Bond signals a new priority to help those with a more urgent need for accommodation right across the UK.

A home to call your own has untold benefits for a person’s dignity, general wellbeing, and their mental health. High rents and years of austerity have worsened the housing crisis and increased the number of people who are homeless.

According to Shelter, there are 1,000,000 households in the UK at risk of becoming homeless by 2020. Most homelessness is caused because people do not have resources to rent a place quickly. According to our most recent survey, over 50% will be unable to afford to move or will have to borrow money to move if they lose their home unexpectedly. This demonstrates just how vulnerable to homelessness most people in Britain are.

We are raising up to £5 million which will be used to purchase and renovate properties to let to the hidden homeless, people who don’t have a permanent place to live. Many of these people are families unexpectedly evicted from rented properties, and single people—many with young children—fleeing domestic violence.